[kkstarratings]
The latest Jump Force trailer has revealed the character models and attacks for their new additions to the Shonen Jump brawler. Last week Bandai Namco announced that characters from the anime/manga Rurouni Kenshin would be joining the roster. The new trailer shows off the sword-based attacks of protagonist Himura Kenshin and Kyoto arc antagonist, Makoto Shishio.

Released as a manga in 1994, the story of Rurouni Kenshin follows Kenshin, a former assassin who in later life swears off his murderous past and becomes a wandering swordsman who pursues justice without taking lives. To do so he has the lethal edge of his katana turned inward making killing with it practically impossible. The antagonist Makoto Shishio, was likewise an assassin before being burned alive by the government, forcing him to adopt his covered-in-bandages look. 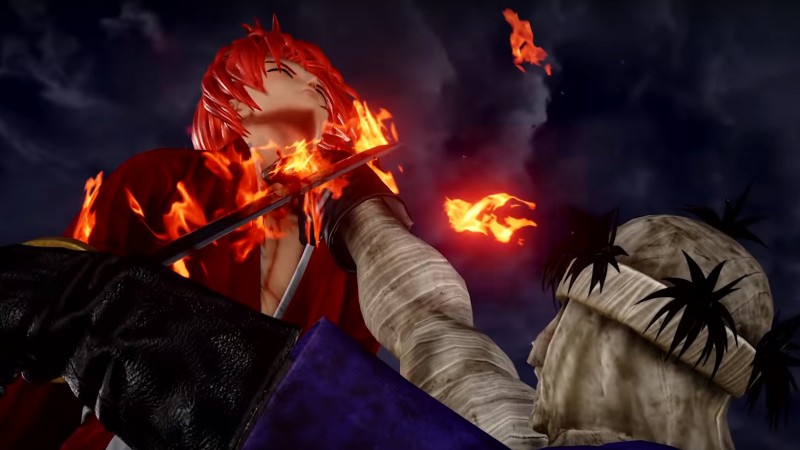 The trailer seems to give us a glimpse of Shishio’s fiery finishing move, as well as Kenshin’s ultimate slice among other moves.

Jump Force is set to release February 15. For more info on the power-packed anime roster, be sure to check out our video compilation of nearly every ultimate attack revealed thus far, or our news hub where we’ll keep you constantly updated with all the latest powered-up transformations and energy bombs.